There’s so much to talk about this month, it’s hard to know where to start!   It’s been great to see the Wimbledon Championships take place after last year’s cancellation.  As Wimbledon is the home of Hannibal Brown, we take a keen interest in the tournament and could not help notice that champagne was only being sold in half bottles this year.  What a shock!  Have tennis fans lost their consumption capability?  Or is the Championships putting ‘moderation’ first?  Or more intriguing still, is there a surplus of champagne half bottles in the market?  Or were they too embarrassed to charge over £50 for a bottle of Lanson?  I am searching the answer and will let you know. 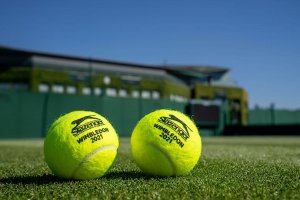 Three vinous cheers! For Wimbledon wildcards Cameron Norrie and Emma Raducanu for reaching the third round and quarter final of the tournament respectively.  And a further three cheers for  the English and Italians football teams who both defied the cynics and made it all the way to the Euro Final.  Let’s face it, when you get to the Final, that’s achievement in itself.  The English are producing world class players these days, just as they are producing world class wines with over 50 vineyards now operating on the South Downs.  The Italians on the other hand produce more wine than any other nation in the world, providing plenty of quirk and variety, just like their players!  To celebrate, we put together a blistering 12 bottle case of mixed Italian wines.  It’s still available – https://www.hannibalbrown.com/product/viva-il-vino-italiano/

July’s buzzword has to be ‘unlocking’, although it remains to be seen how this will play out.  The team is chomping on the bit in anticipation of our next consumer ‘in-the-flesh’ wine event.   Once we are confident that these can be held safely and risk-free, we’ll be making the announcement.  In the meantime, many of us will be stay-cationing and if you’re wondering what to do in the evenings, we’ve found that our DIY Tasting Kits fit the bill perfectly.

As our English summer progresses, we are hopefully moving to a drier period with prolonged sunshine in the south.  This bodes ‘better’ for the wine estates in southern England, but heavy rain and the cold spring will have taken their toll on the vines.  Let’s keep our fingers crossed for a climatic flourish to see the grapes come good this harvest.

This month, we’ve been throwing something extra into case purchases.  With every 12 bottle case, there’s a complimentary packet of specialist Bombay Mix from our friends at the award-winning Howdah.  This unusual but delicious savoury is a great accompaniment to bubbly and aromatic wines.   What’s more, every packet sold provides a school meal for a child in India.

Our recipe of the month is a Smoked Paprika, Tomato & Garlic Dip.  Serve with breadsticks and a bottle of Rosé from Georges Darriaud – an unbelievable delicious combination.   Details at https://www.hannibalbrown.com/july-recipe/

Our resident pooch, Finn McCool has been up to his usual antics.  The recovery of some dubious foreign objects from his insides suggested he’d been doing his normal ‘I’ll eat anything’ trick.  Who would have imagined he could chew his way through a tin of dog food – yes, I said tin!

Finn has his own summer tipple to keep him cool.  It’s called Slurps – brilliant hydration for dogs.  Check it out at www.slurps4pets.co.uk.

My own preferred July tipple– a chilled dry Riesling from Christian Binner in Alsace, liquid sunshine in a bottle.